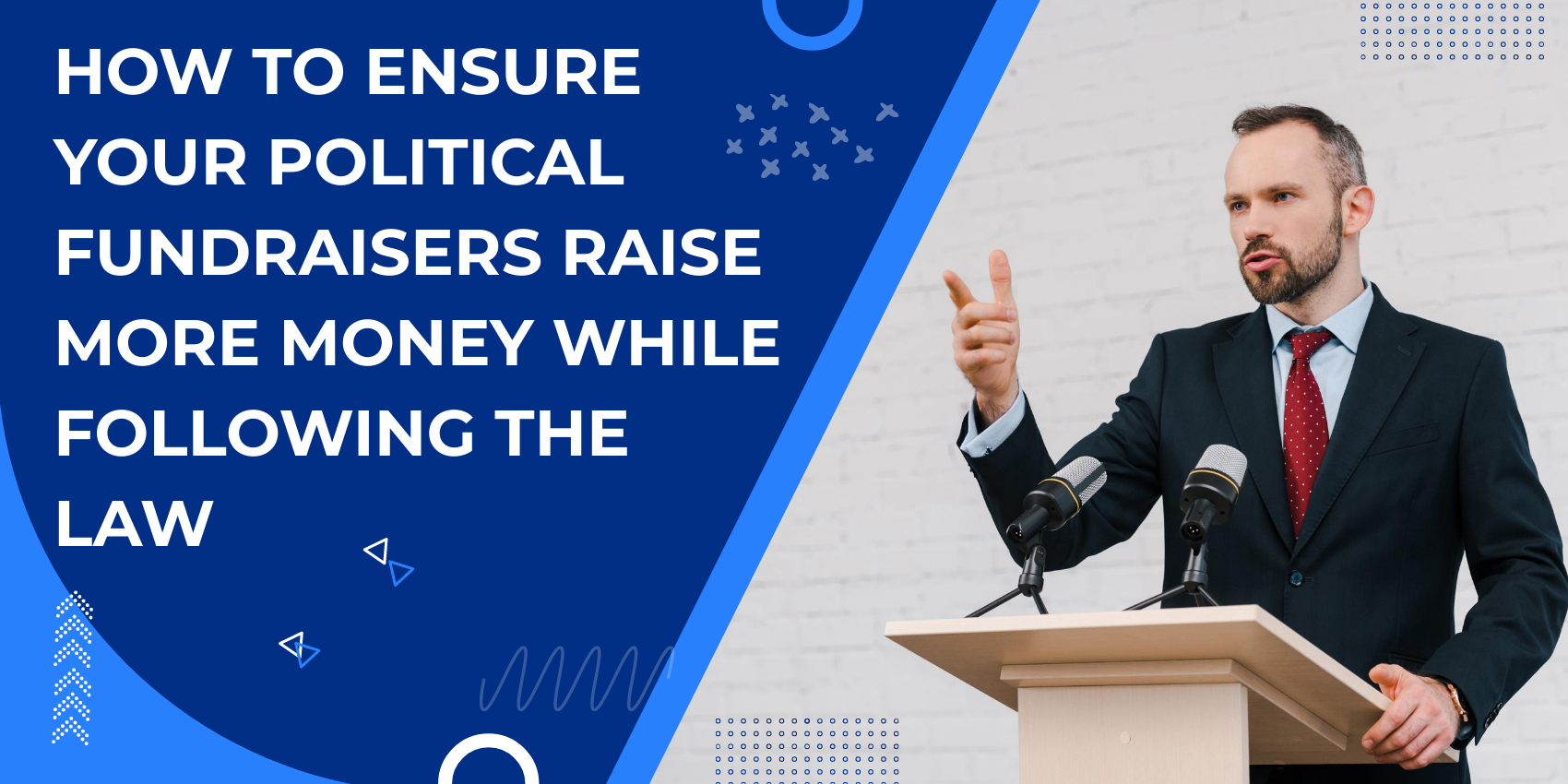 You should know that United States campaign finance laws regulate the amount of money political parties or candidates can receive from organizations or individuals. These laws also define the cumulative amounts that individuals or organizations can donate. Read more about these laws over here.

As a political candidate or a political party, it is also essential for you to collect vital information about the donors. DonorMozo can help you in this regard by collecting every donor’s name, address, contact, occupation, employer, and additional information. You can even customize the information you collect.

Individuals or organizations who contribute to a political campaign are usually in a rush. So, it would help if you tried to make the transactions simpler for them. You can allow them to use different payment methods to make the donations. You can also let them scan and donate so that they can donate via their smartphones when they are on the move. It is also wise to allow them to set up recurring donations with just a few clicks.

Often, donors believe they are offering you the maximum possible donation but don’t realize that you might need to cover some fees, and the entire donation won’t go to your political campaign in such cases. You can fix this with DonorMozo, a political fundraising platform that allows your donors to cover 100% of the fee, so you get 100% of the donated amount.

All in all, it can be said that DonorMozo is a vital tool that helps in ensuring that your political fundraisers raise more money while adhering to the laws. Get started with DonorMozo today and see your donations rise quickly.

You can find out more about which cookies we are using or switch them off in settings.

This website uses cookies so that we can provide you with the best user experience possible. Cookie information is stored in your browser and performs functions such as recognising you when you return to our website and helping our team to understand which sections of the website you find most interesting and useful.

Strictly Necessary Cookie should be enabled at all times so that we can save your preferences for cookie settings.

If you disable this cookie, we will not be able to save your preferences. This means that every time you visit this website you will need to enable or disable cookies again.